We will be returning to curbside-only service beginning December 1st. Click for details.

Our experienced and compassionate staff are a big part of why our practice is able to deliver the high standard of quality care that our clients have come to expect. For our staff, facilitating our veterinarians and providing your pet care the the love and care they deserve is more than just a job, it's a passion.

Cindy is our Receptionist and is originally from Philadelphia and has lived in Eastern North Carolina for over 20 years. She has raised 3 wonderful sons and now resides in Ayden with her significant other John and their dog Lulu who enjoys long walks. She enjoys scrapbooking, crafts and going to yard sales in her spare time. She has been with East Carolina Veterinary Service since December of 2010.

Sue is our Office Manager, and has been with East Carolina Veterinary Service since May of 2005. She relocated with her family to NC from New York in 1998, and has over 25 years of experience in Human Resources. Sue enjoys playing tennis, spending time with her husband, two daughters and Briley, their "Yussell" (part Jack Russell Terrier/Yorkie).

Suzan joined East Carolina Veterinary Service in April of 2006 and is a Certified AKC Canine Good Citizen Evaluator. Suzan is originally from Northern Virginia and has lived in Eastern North Carolina for over 15 years. She enjoys training dogs with Dr. Kuhn and The Oakwood School at the Humane Society of Eastern Carolina. Suzan also enjoys throwing pottery on her wheel at home, spending time with her husband, two children, two grandchildren, along with her three canine kids Meggie, Kevin, Frannie and her two feline kids Allen and Kiwi. Suzan is also a Certified Professional Dog Trainer (http.//www.cpdt.org/).

Kaitlyn is a native of Pitt county and has always had an interest in veterinary medicine. After working office jobs in other fields, she decided to pursue her love of animals and began working at the Humane Society of Eastern Carolina. Kaitlyn is new to the veterinary technician world but enjoys learning more every day! She shares her home with her two dogs, Nash and Greyson, and two cats, Cloud and Tink.

Shannon is from the Outer Banks of North Carolina. She has a B.S. in Animal Science from North Carolina State University and hopes to attend vet school in the near future. She has a pup named Luna and a kitty named Chewbacca. When she's not busy spoiling her babies, she enjoys horseback riding, crafting and playing with pigs and cows.

Sistine is an ECU graduate with many years of animal rescue and advocacy under her belt. She was previously the director for the local Humane Society, and all of her animals are rescues. Sistine and her fiancé have a passion for animal welfare and animal behavior. Together, they have 3 rescue dogs and 4 rescue cats. Sistine enjoys learning the medical side of animal care and is excited to be a part of the ECVS family.

Kim is from western North Carolina. She graduated from Lees-McRae College with a BS degree in Wildlife biology and her free-time hobbies include drawing, hiking, paddle boarding, and horseback riding. She has 2 cats named Albus and Pippin.

Kourtne is a native of Southern California. While living there, she earned a degree in Veterinary Technology at Platt College. She enjoys living in Eastern North Carolina and providing compassionate care for the clients and pets who visit ECVS. During her free time, Kourtne enjoys cooking, tennis, kayaking, attending church gatherings, and spending time with her husband. They share their home with their sweet rescue dog named Magnolia. 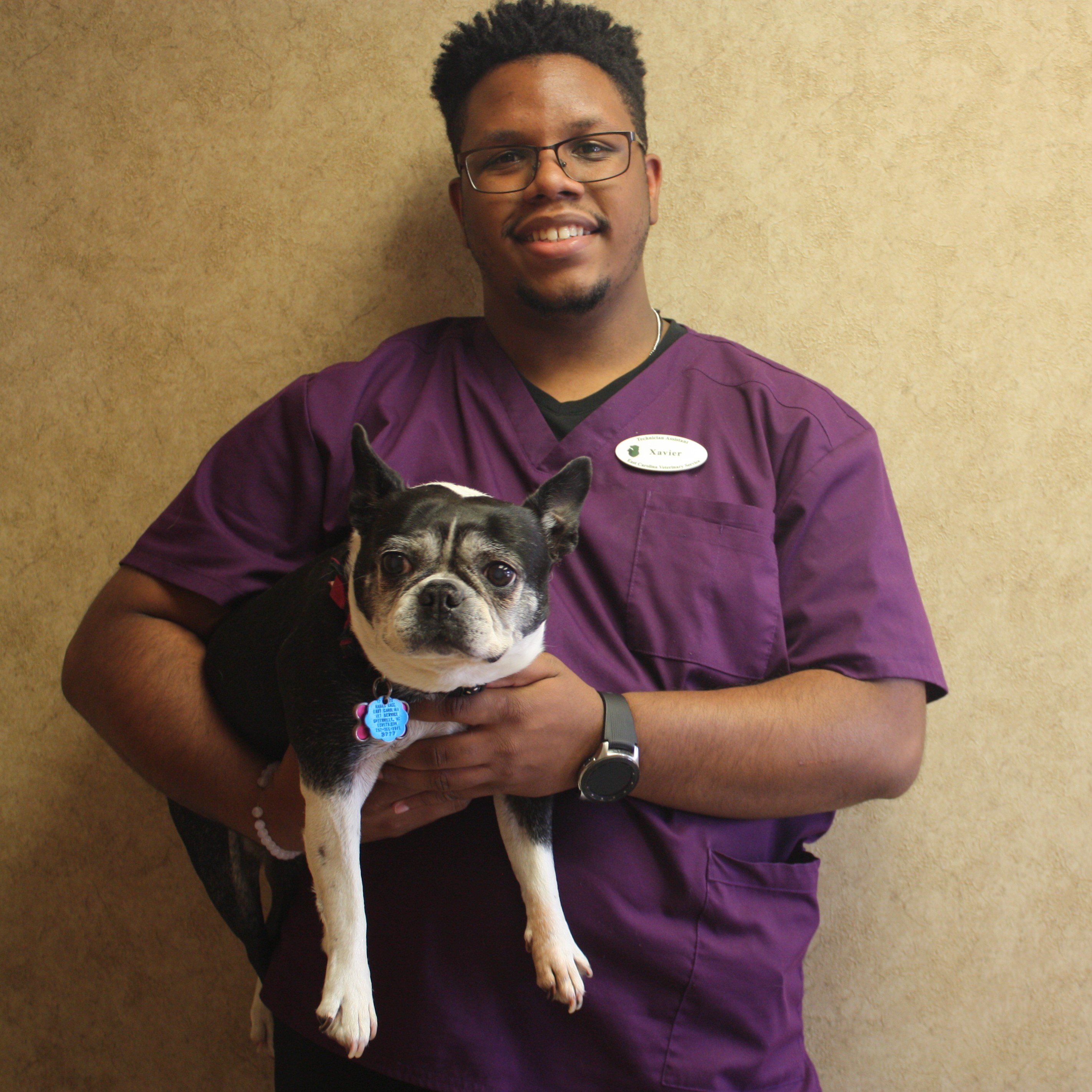 Xavier is Pitt County born and raised. He currently attends North Carolina Agriculture and Technical State University for his BS in Animal Science. He hopes to one day attend veterinary school. In his free time, you can catch him drawing, creating stories, playing games, or working in the yard .

Magui was born and raised in Greenville, NC. She earned an associate degree in Web Administration and Design at PCC but would like to return to school to pursue Animal Science. In her spare time, she enjoys spending time with family and friends and making new memories. She shares her home with her 3 fur-babies, one dog and two cats.

Nicole is an ECU student from Laurinburg, NC. She is a business major and an aspiring veterinary student. She has an adorably fluffy Pomeranian named Muffin (pictured here) who is her very best friend. During her free time, Nicole enjoys cooking, crafting, and spending time with family.

Great visit even when discussing tough topics like our dog’s quality of life. Dr Mercer always willing to take the time to talk until we have all our questions answered. Staff professional and compassionate. Can’t say enough positive things about this veterinary practice.

Microchips and Your Pet